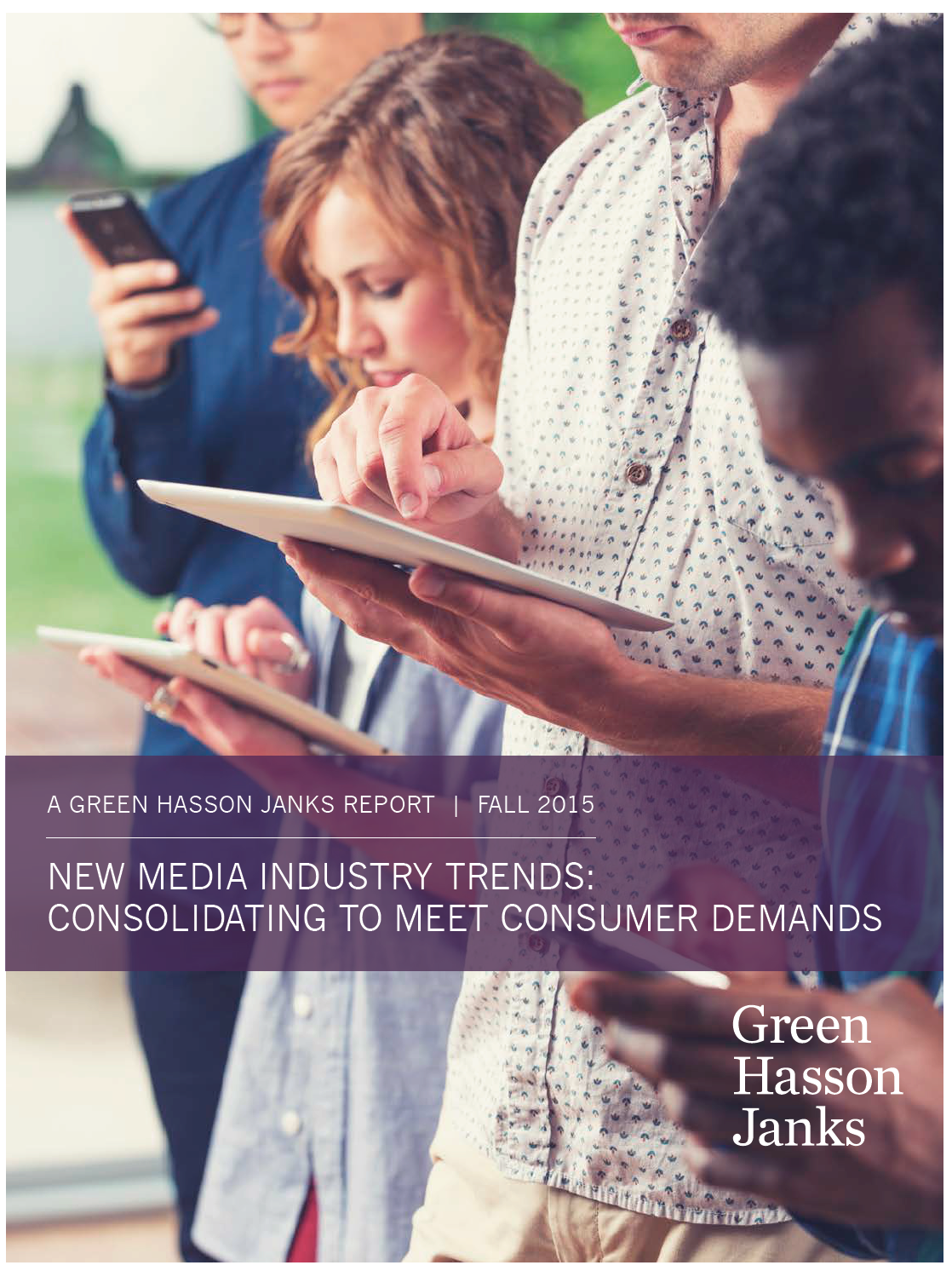 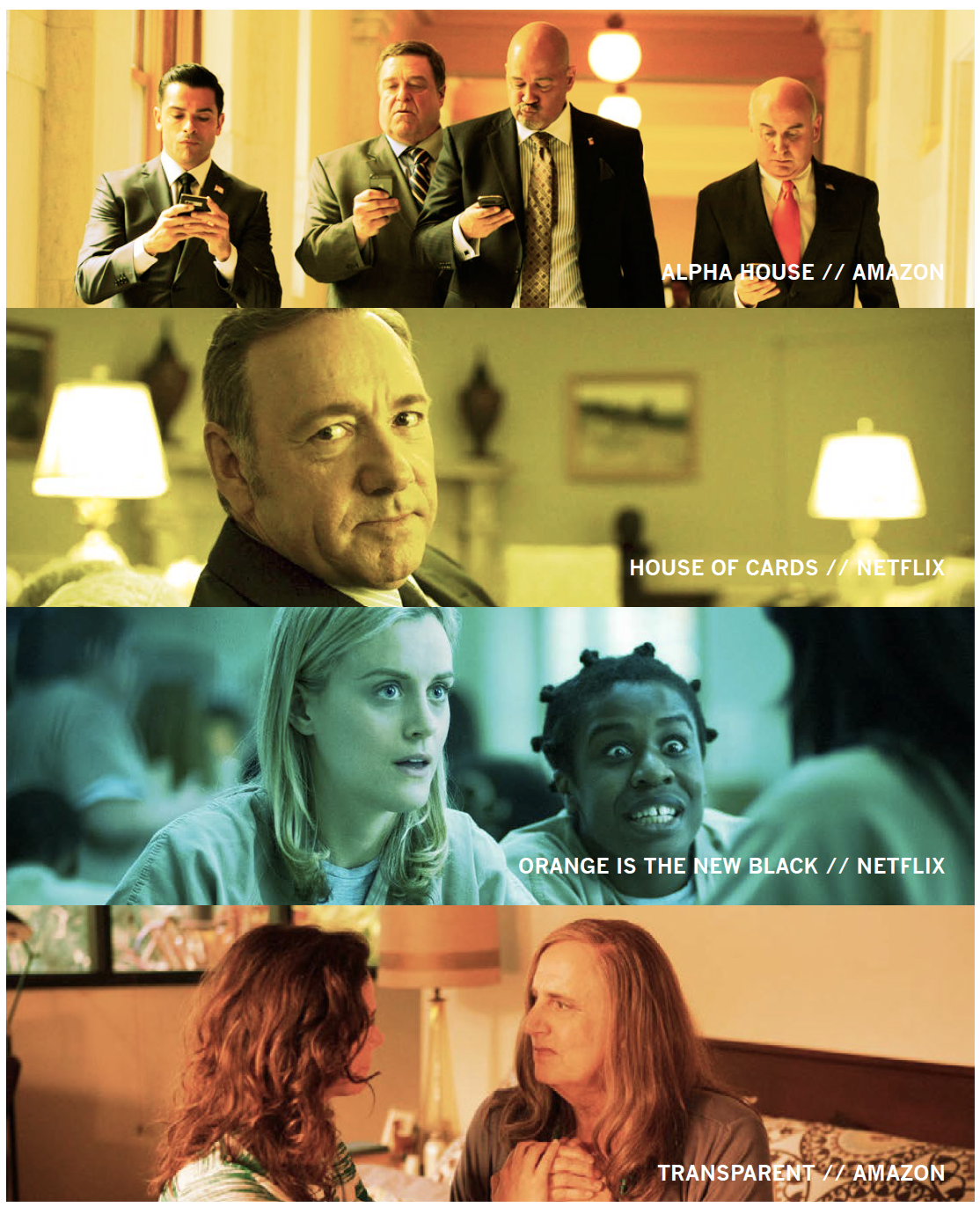 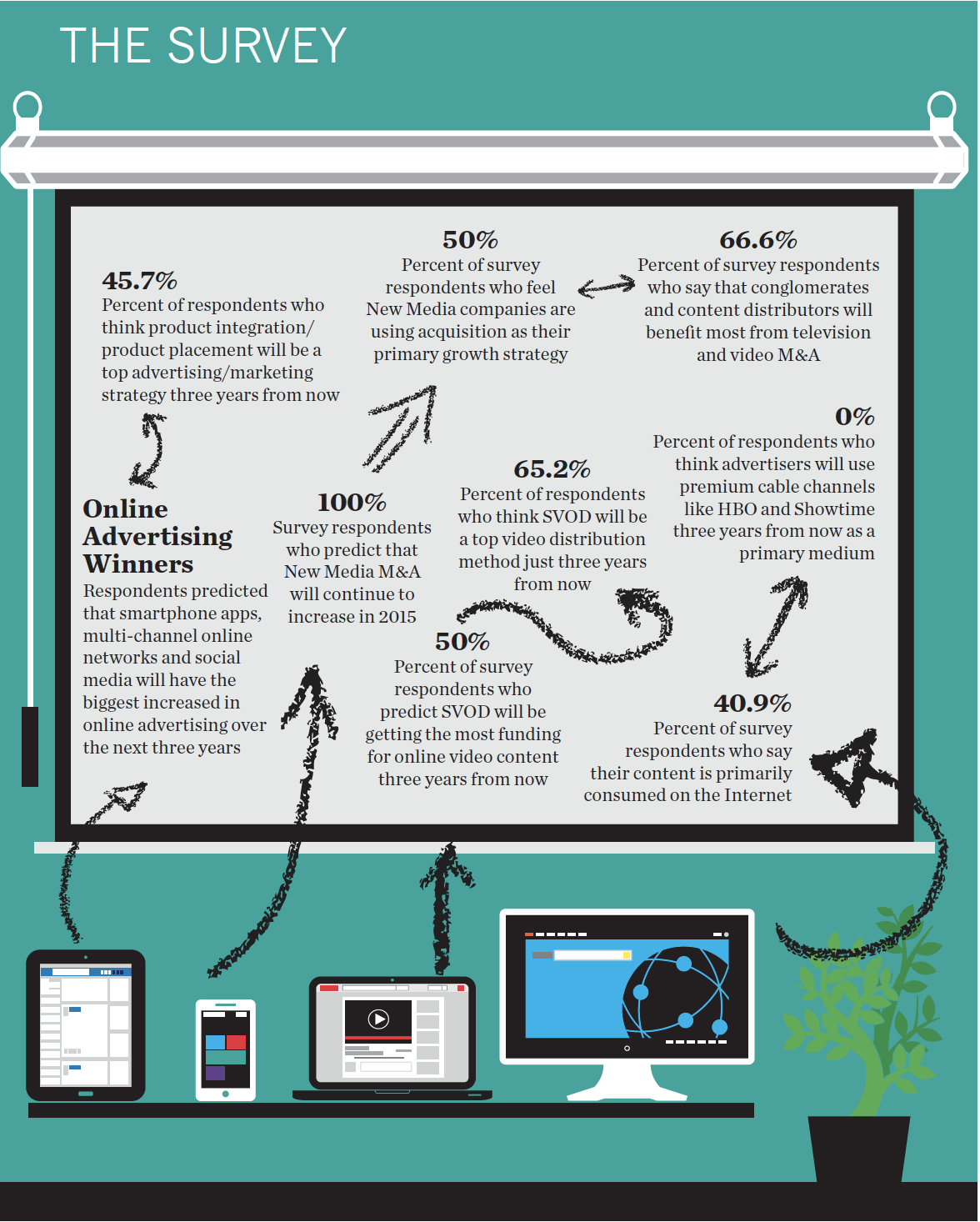 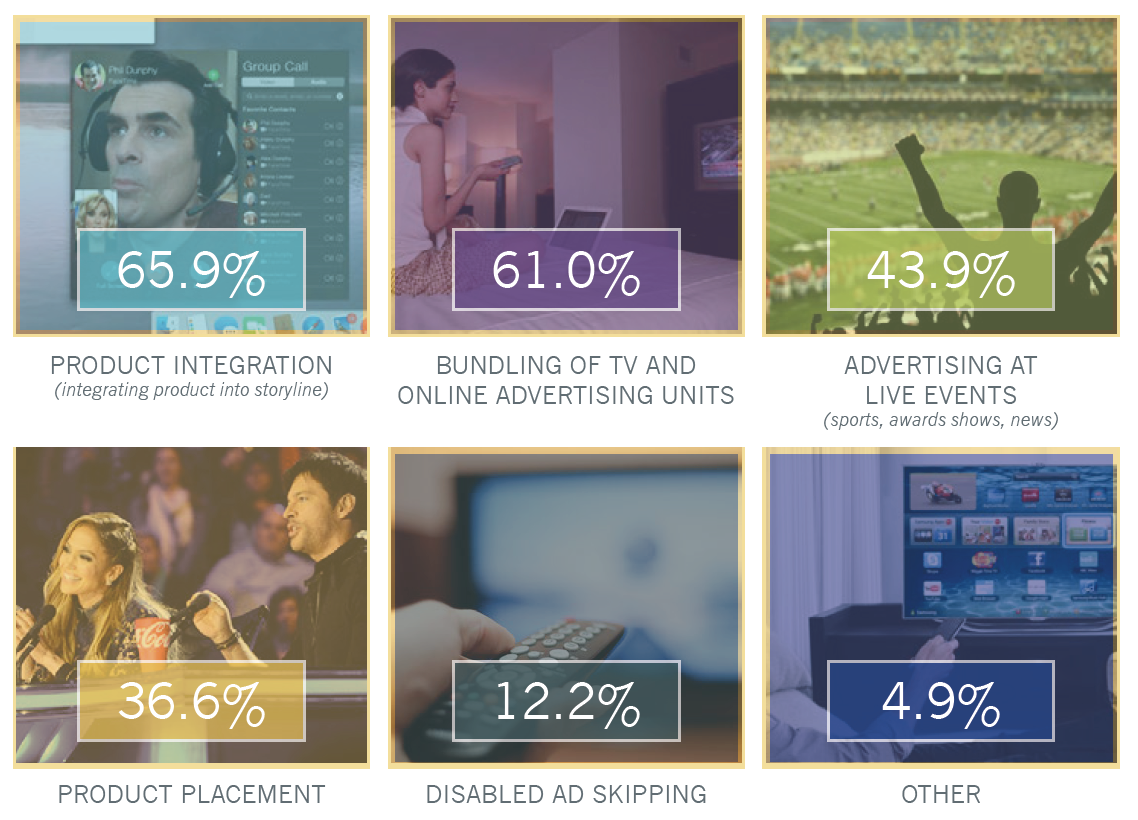 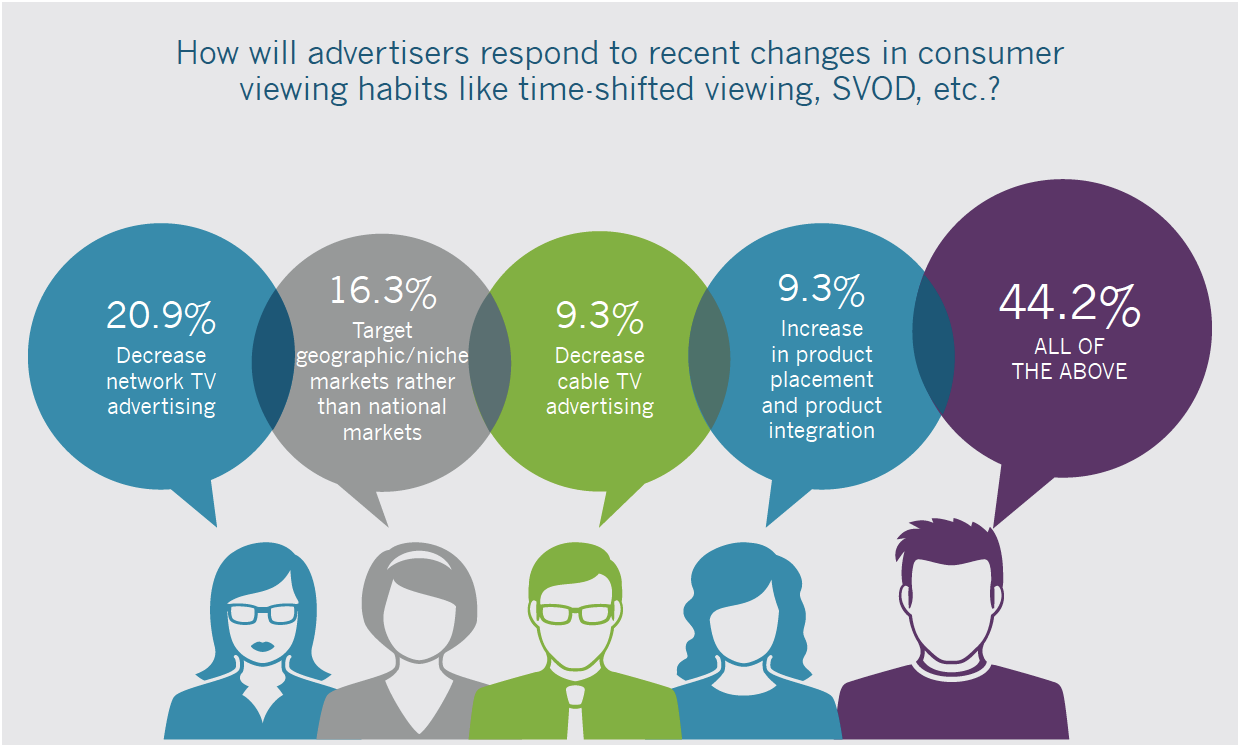 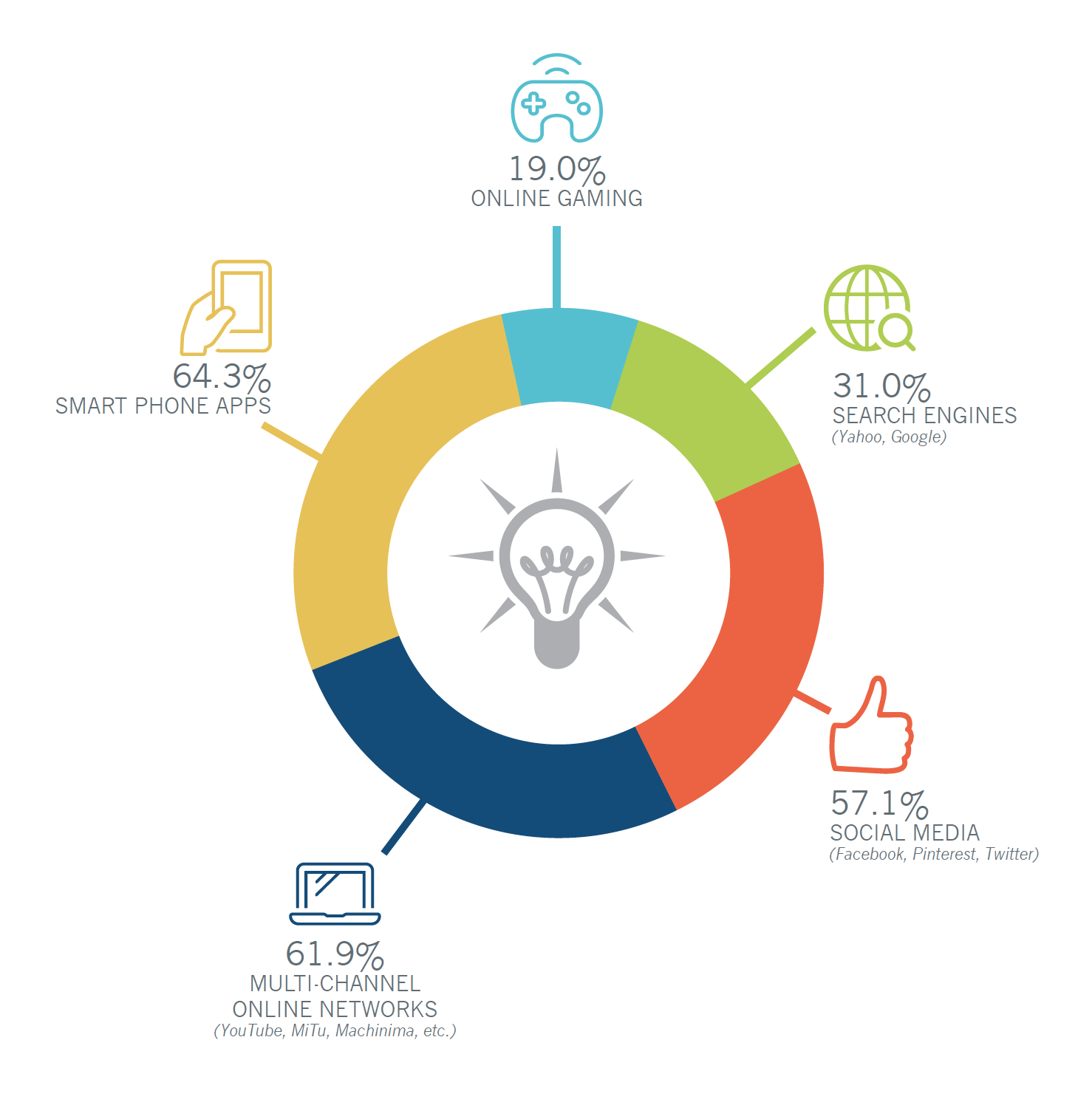 No matter where a company is on the content creation/distribution/support services spectrum, we have entered a period of flux, and we will have to stay informed on a real-time basis. At least in the short run, “consolidation will enable companies to retain control and bundle products to consumers and also to build niches targeted at individual audiences,” according to Dekom.

SVOD is gaining prominence. As the audience demands tailored content on a range of devices at the time of their choosing, SVOD has emerged as a real force in the industry, according to our respondents. The last major sea change was toward cable TV as the preferred medium. SVOD channels like Netflix and Amazon Prime have revolutionized more than how content is accessed — they have also revolutionized how consumers view content (e.g., “binge watching”).

The industry is just at the beginning of significant change. There is no doubt that the ways people can consume content has expanded significantly. The industry is responding with innovation, with much more likely to come.

There is no clear prediction on successful future advertising strategies. When asked to predict how advertisers will shift their strategies in response to changes in consumer viewing habits like time-shifted viewing, SVOD, etc. 44.2% of survey respondents felt they would try a little of everything.

Respondents predicted that product integration/product placement would emerge as the advertising/marketing strategy used most often three years from now. This was cited by 45.7% of responses, possible indicating even more targeted strategies aimed at audience niches.

2018 Food and Beverage Report | Food Innovation: The Push and the Pull of Consumer Demand

2018 Nonprofit Report | Board Governance: The Path to Nonprofit Success

2017 Nonprofit Report | The Give and The Get: The Future of Philanthropy

2016 Entertainment and Media Report | The Evolution of New Media: Making Money in a World Where Digital Streaming Rules

2016 Food and Beverage Report | Beyond Start-up: Whetting the Appetite for Growth