Los Angeles, CA, October 18, 2016…On the evening of Oct. 18, Hollywood insiders gathered at a cocktail reception presented by GHJ that highlighted the prominent Los Angeles accounting firm’s just-published whitepaper, The Evolution of New Media: Making Money in a World Where Digital Streaming Rules.

In a time when global audiences have an appetite for on-demand content, the GHJ whitepaper reveals insights and strategies on navigating today’s digital media industry. As globally linear television is replaced by over-the-top television and streaming services like Netflix, GHJ positions their entertainment and media clients for future growth and supports their efforts in meeting consumer demands for quality content. A dynamic panel lead by the firm’s experts engaged in an interactive dialogue on trends that have transformed the industry domestically and globally.

Dan Landes, Senior Manager at GHJ, is a co-author of the whitepaper who provides business consulting to media and technology companies as part of the firm’s Entertainment and Media Audit Practice. Landes shared trends covered in the whitepaper and addressed the producers, attorneys, consultants and film executives attending the event about the impact of globalization and the future of streaming media. Along with being a leader in the firm’s Entertainment and Media Audit Practice, Landes has been a guest lecturer at both the UCLA Anderson School of Management and at California State University, Northridge.

“Luminaries from the entertainment community joined us today for a first look at our whitepaper and a panel discussion about everything from streaming to video-on-demand services,” Landes said. “Our subject matter experts in the legal, financial and production aspects of the industry scrutinized where the industry is headed. The paper really gives a indepth look at where the industry is heading and how companies need to adjust to these changes in the near (and distant) future.”

After Landes discussed the 2016 whitepaper, GHJ Senior Manager Peter Klass, who is also a co-author of the whitepaper, moderated a panel about monetizing all-in-one streaming deals and the growth potential in Asia and other countries.

“There’s no doubt that streaming services have disrupted the industry, and it is part of our job at GHJ to prepare our clients for implementing sound financial strategies for working in this changing environment,” Klass said. “This Forum, along with the whitepaper is one of the many ways we help them learn about the current trends and best practices out there in the marketplace.”

Founded in 1953, GHJ has witnessed firsthand the evolution of the entertainment and media industry. The firm leverages industry knowledge by providing assurance, tax, motion picture and television participation, expert witness and litigation support and consulting services.
GHJ produces events throughout the year to bring multiple constituencies together to gain knowledge that will help them plan, make decisions and take action in organizational and community settings. In addition to their entertainment and media clients, GHJ serves a variety of industries and has a specialized focus on food and beverage businesses and nonprofit organizations. The staff offers expertise in transaction advisory and strategic planning.

MATERIAL FROM THE EVENT: 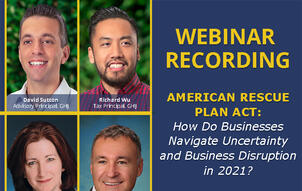 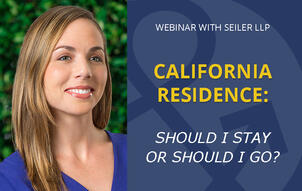 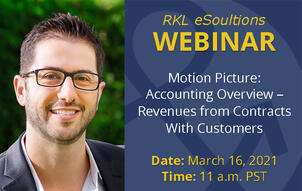